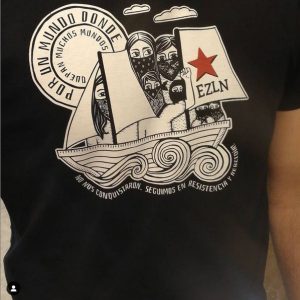 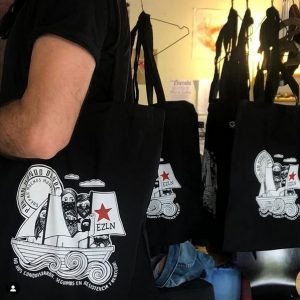 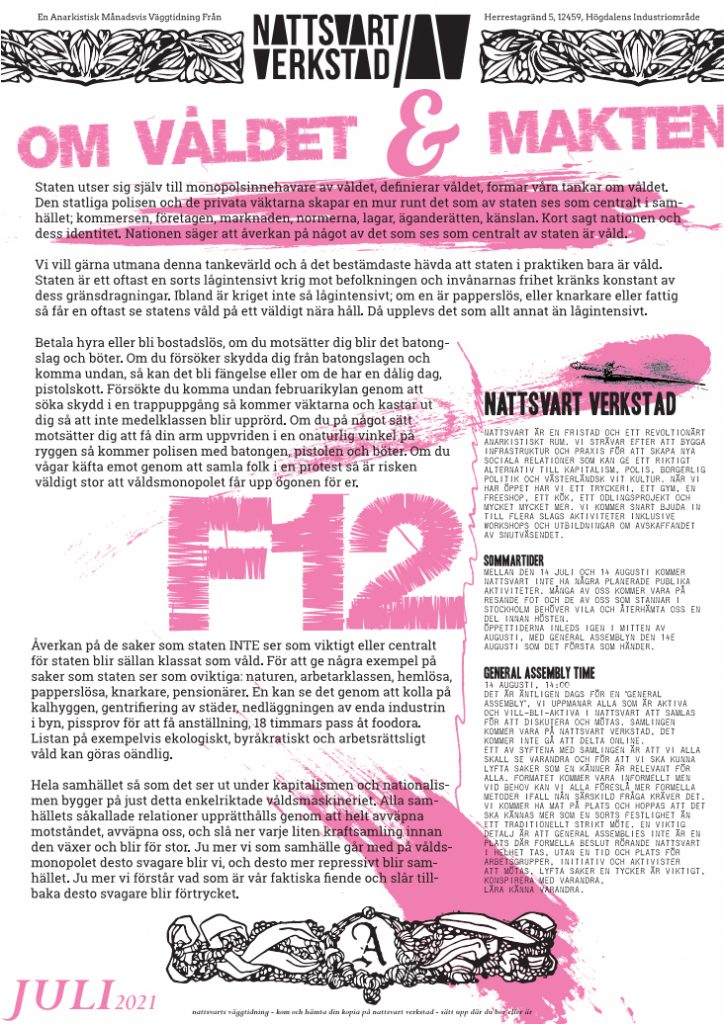 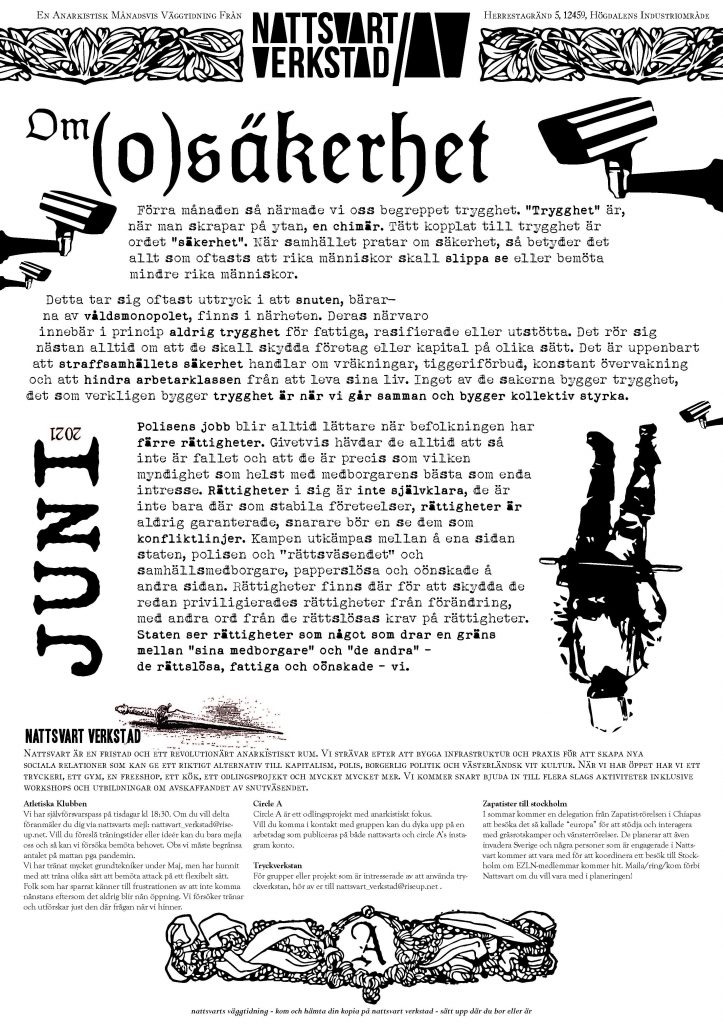 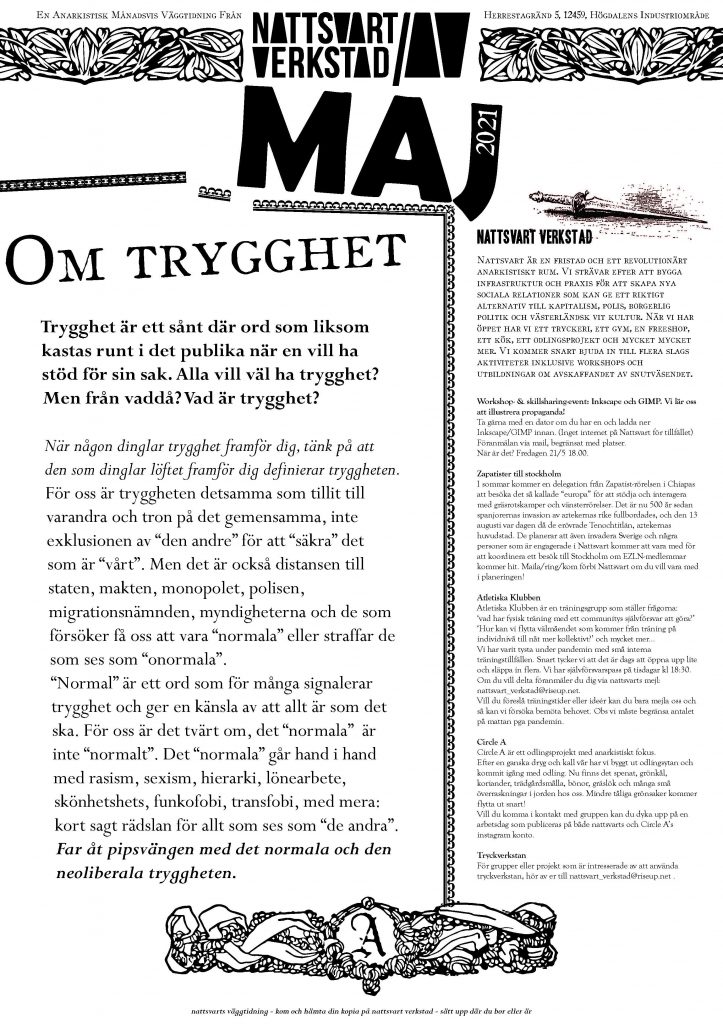 The page just received a small update to how we publish events and dates, the info on stuff happening at nattsvart is now hosted on https://radar.squat.net/en/stockholm/nattsvart-verkstad and shown here on our blog.

They show up in the same place as before.

We hope you all had some amazing, yet slightly odd, maydays!
At Nattsvart we hosted a small get together at the Circle A community garden, and later on in a nearby forest. Check out the Instagram post published by Circle A!
At the garden you could take an anarchy themed quiz walk. 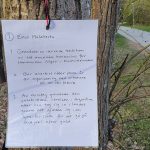 For a list of books that you can currently find in our library check out this link: https://we.riseup.net/nattsvart+janitors/library-list 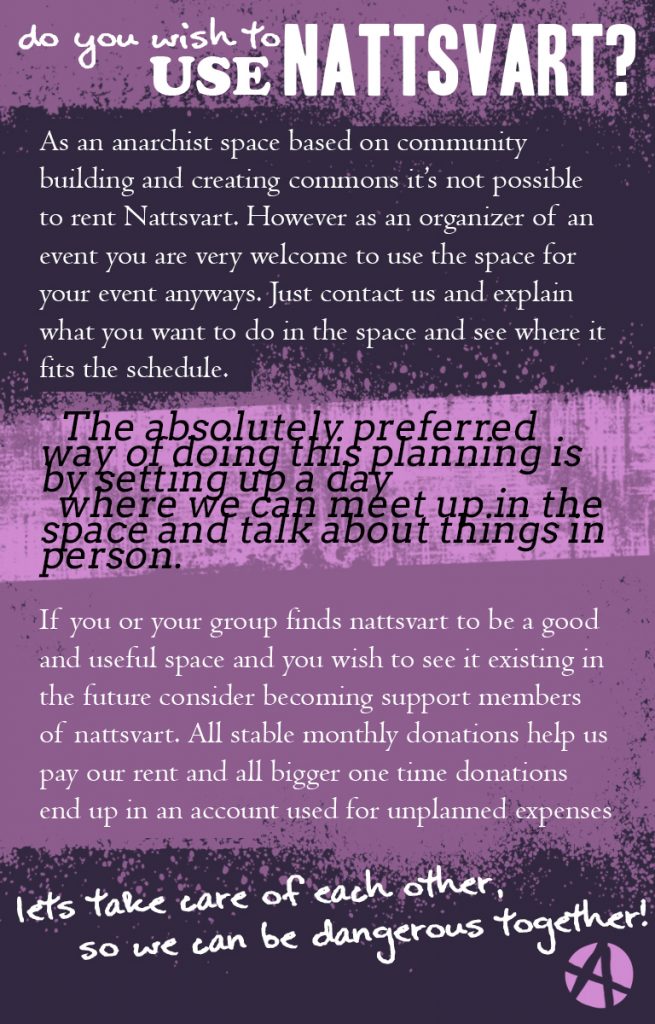